Every good story needs a good guy and a bad guy 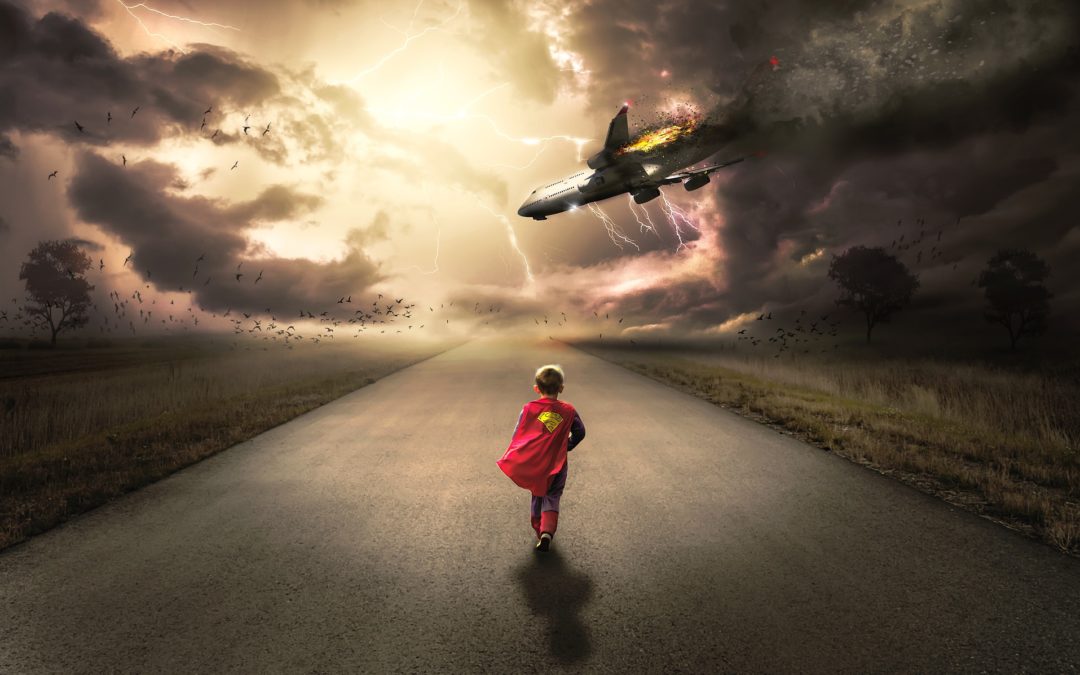 I love a good story. Who doesn’t? We are autobiographical creatures with ourselves as the main character at the centre of the narrative: Human beings are by our very nature storytellers. As a species, we’ve handed down information orally long before we ever learned to write. So, it’s not surprising that storytelling endures. We’re hardwired for it. The problem isn’t that we tell ‘stories’. Where we come unglued is when we don’t know we’re telling them, and what game we’re playing when we do. In the words of Carl Jung…

“Until you make the unconscious conscious, it will direct your life, and you will call it fate.”

Fate is the epitome of ‘it’s just the way it is’. Making the unconscious conscious can be easier said than done, especially when we have a vested interest in keeping what we don’t want to be conscious of, alive. If we make something conscious then we have to take responsibility for it, and that isn’t always in line the game we’re playing. Above the line and below the line is a concept associated with responsibility. It lends itself brilliantly to the idea that we use stories to avoid taking responsibility for our own lives. We all do it as it’s a very human thing to do. It’s not until we make that conscious that we can see how we use it to our detriment. That means becoming aware of the costs of the story we’re telling. Graphically, it looks like this: 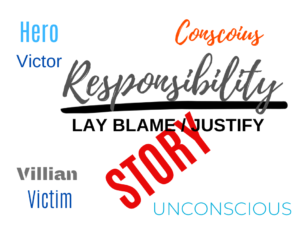 Any quick look at history will illustrate this beautifully. It’s literally his story, and it’s always told from the perspective of the winner or the Victor. To the point, that history books are rewritten to align with the viewpoint of the incumbent is proof. There’re so many events that have occurred in the past and what side of the line you’re on plays into how you remember and record those events. In other words, we exercise choice, both consciously and unconsciously regarding which events are given significance and are therefore remembered. At the same time, events that run counter, are erased. I live in Australia, and we conveniently ‘omit’ our black past and the pain that colonisation has brought with it for the first nations here.

Stepping into your power is an aspect of responsibility. This happens both at the national level and at the individual level. As always, it’s best, to begin with yourself and work outward. And, just as you can’t be fully in your power when you are below the line and wrapped up in or invested in the story; when you’re invested, there’s always something to defend.

It’s always a STORY, told from a particular perspective. Which is why… Every story needs a hero and a villain.

The history books tell a story not necessarily the story. There’s always a hero and a villain, of course, there is a victor and a victim, as well. Again, just open any history book to see this at play, or any watercooler in any staff room, the same types of narratives are at play. I’ll bet most of the time you cast yourself as the Hero. I know that’s my preferred role. Others prefer to be the victim. That doesn’t belittle the circumstances you might find yourself in. Sometimes situations can be pretty tough. There’s NO judgement here. It’s a perfectly human way to be.

There is just NO power when you are in the role of victim.

You can experience being victimised, whether or not you remain the victim is up to you. The experience, no matter what it is, can either inform who you are or define you. I’d cast my old boss into the villain role. I didn’t consciously make her into the villain; I didn’t wake up and decide to do that one day. Rather, I fell into the trap of doing that. Deliberate or not, it drove my conversations and gave me an experience of life… One in which neither oy nor peace was present.

Well, it’s a convenient way to ‘look good’ and project the image you want others to see, making sure we are shown in the best possible light. It’s not dissimilar to using a filter in photography to photoshop an image to within an inch of unreality.

How often do you also play the role of the victim?

When you play the victim, you end up yo-yo-ing all over the shop. And then there’s the cost. For me, it was joy and peace of mind, and of course, there’s no such thing as… Stepping into your power when you are firmly entrenched in victimhood. The only way forward that makes any sense and gives you power is to get that you are telling a story. If you are going to tell one; by the way, we are wired to tell stories, tell one that is both conscious and empowers you and maybe even those around you if you’re generous enough to.

P.S. My old boss is neither the villain nor am I the hero. There is just what happened and what I decided to make that mean to line up with my story about the so-called facts. Given that it was taking up space and robbing me of joy, I decided to get a better story. Now everyone can have peace.