Vulnerability, inclusion and connection: A leader for our times 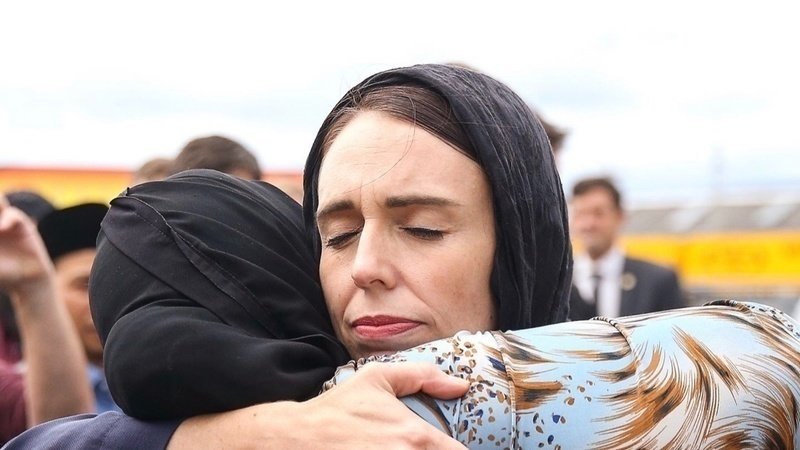 We live in a polarised world. In a very short period, we’ve moved from the inspirational leadership style of a Barak Obama to the rise of the strong man all over the world. In stark contrast to this, we have Jacinda Ardern, a servant style leader who is not afraid to be vulnerable. You could argue it is easier for a woman to be vulnerable. As women, we’re wired for connection but then so are all human beings. In my opinion, being a woman and allowing yourself to be seen to be vulnerable makes it harder. Consider Teresa May and how stilted her leadership was and how much more human she became to us all when her emotions got the better of her and cried at her having failed in delivering on her commitment to the UK. A truly human failing that I’m sure we all can relate to; vulnerability.

Why is it our view of Teresa May shifted? Because the willingness to be vulnerable is humanising and it finally made her more relatable. Once that burden of the office was no longer present, May shifted. Was Teresa May herself as she led? It’s hard to be anyone else but yourself and yet many of us do just that. Ardern, in contrast, is an example of what happens when a leader is willing to embrace vulnerability. Australians have a habit of laying claim to New Zealander’s and a swag of us want her as our PM. What is it about her leadership style makes her a favoured leader? It is her ordinariness, her approachability and her willingness to lead from her values and embrace them wholeheartedly.

Human beings are empathic beings: It is our natural state as we are wired for connection. There can be no empathy without vulnerability and as we’re emotional beings, our first reaction is emotional and then we rationalise our emotions later. Why then, do we hide that emotional side of us? Simply put, when we are concerned about how others might view us; that governs our behaviour. Our tendency is to hide our emotions and to hide our feelings so are no to appear weak. I’m not sure when weakness became collapsed with vulnerability. Nothing could be further from the truth as there is tremendous strength in vulnerability. Being exposed does not make you weak. It makes you human.

We all feel vulnerable at times. That’s the honest truth. No one is 7 foot and bulletproof. We all struggle. It takes courage to admit the struggle and in doing so our human connection deepens. We are taught to build rapport like there is a formula to it. A far more authentic and lasting way to do that is to be authentically you, to be courageous and be vulnerable. The evidence is in: The best performing teams are deeply connected and have high levels of trust. That kind of a culture doesn’t just happen; it begins with the leader who is willing to embrace vulnerability. This kind of leadership is what we need if we are to thrive, in business and as a people.

The recent Christchurch terror attack on the Al Noor mosque shook New Zealand to its foundations. In a world where it is commonplace to demonise the enemy and no longer see them as human, Ardern took the extraordinary step of embracing the pain of it all and holding a space for all New Zealanders to grieve together. In an environment where it would be easy to divide the nation into winners and losers, “us and them”, Jacinda Ardern chose instead to show up and be seen. She stood side by side with the victims without allowing the horror of it all to colour her world view. She stood in solidarity and she stood with the people, even donning a headscarf out of respect for her Muslim brothers and sisters. You simply don’t do that if you are not approachable and inclusive.

The vulnerable leader is both inclusive and highly adaptive in their approach and style. Ardern has cited New Zealand’s multicultural heritage more than once and points to that in building a New Zealand for all that live there. The message is “we are one” and we are stronger together and stronger due to the diversity. She shows a willingness to listen, to understand and to adapt accordingly. The result is better outcomes that her constituents can align on.

More than being approachable, Ardern deals both productively and proactively with conflict. Again, if we look to the Christchurch attack, which had the potential to go anyway, she opted to depart from the standard rhetoric that has become so commonplace since the attack on the Twin Towers. Instead of Bush’s promise of hunting the perpetrators down, she took charge and quickly worked to tighten laws on gun control, all the while reaffirming New Zealand’s peaceful stance. There are many other instances where her approach to conflict is conciliatory.  Her style of debate is respectful and her appeal is to work together for the best outcome for all. She is willing to share power appropriately, for the good of all.

Recap on characteristics of vulnerability in leadership

In short, Jacinda Ardern is an example of what’s possible when you lead from a place of vulnerability. From from being viewed a weak, she is an example to all of how being willing to be seen can make a profound difference. She shows there is another way, a more human way. We claimed Russel Crowe, Split Enz and crowded us, Jacinda belongs to the world.