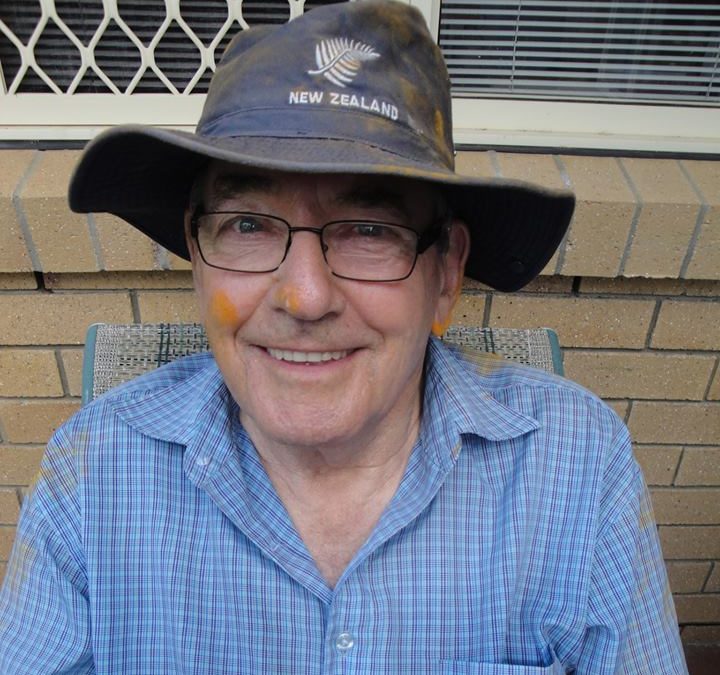 Wow, that’s a bit harsh I can hear you say…Let me explain. My Dad was a vibrant fun-loving, quite brilliant man. However, over the past 5-6 years, he has slowly been reduced to a bed-bound breathing corpse incapable of recognising either his wife of 61 years or any of his children.  Never mind the Grand and Great-Grandchildren. So yes, I am glad he has gone on to a better place. I speak of his beliefs, a version of which I share, rather than my own.

The art of leadership

So why am I blogging about my Dad dying? Mainly because were it not for the lessons in Leadership my father taught me it is doubtful I would be the co-founder of Andreia. It is equally unlikely I would be writing about anything at all. Much of what I know about the art of Leadership was taught to me by my parents.  Oh sure, I have an MBA which focused on Leadership, and that taught me the science…But the art? That was life and crucial to that was the parenting I received and the stories of their lives.

What Mum and Dad taught you

Children often spend their lives either trying to imitate their parents or doing the opposite.  Therefore, it doesn’t matter whether your parents were good or bad role models. You have either received instruction in what you believe is right or what you believe is wrong.  And accordingly, you can either give credit or blame to your parents. But where does that get you? You have a choice and that choice matters.

My Dad was born to a large family of 3 boys and 5 girls.  He was the second youngest and the 3rd boy. His Dad was a farmer/labourer having been allotted a farm on returning from WW1.  His Mum, as you can imagine, had a full-time job running the clan which included her in-laws who lived on the same property. Life revolved around growing sufficient food to live off and to sell for goods they could not make.  Each day for Dad started before 5am, milking the cows and ended after dark having completed the same task again. In between came school, chores and having fun.

At age 13 Dad was out exploring with his young nephew Brian (7-8 year old) when he fell out of a tree and impaled himself on a wooden stake through his bowel and out just above his left hip. Brian, not understanding the situation, knew something was wrong but panicked, Dad not only had dis-impale himself and get himself the 2-300m back to the house but he also had to carry Brian over the intervening creek. I guess my Dad was tough and he must have been fit. It was then a 2 ½ hr ride in a car over a mountain range on gravel roads to the hospital. This only happened once a car had been located, they weren’t that common in 1947 in a small rural town on the West Coast of New Zealand.

Dr Eric Nanson – how lucky can you get

Dad was given very little chance of survival upon arriving at the hospital.  In fact, there was only one doctor who was prepared to operate Dr Eric Nanson .  Fortunately for Dad (and me and my siblings), Dr Nanson had served 4 years in the New Zealand Medical Corps during WW2; emergency trauma was what he did. The story is “he was prepared to give it a go”.  Dr Nanson was only at Buller Hospital that day because he was relieving for the regular doctor and shortly after he left New Zealand for London where he became a Fellow of The Royal College of Surgeons.  Going on the become an Associate Professor of Surgery at the John Hopkins University in 1952, before being appointed Professor of Surgery at the University of Saskatchewan in 1954.

Professor Nanson was asked to be the first Dean of the Auckland Medical School in 1965 but declined instead he later accepted the position as Founding Professor of Surgery in 1970 from which he retired in 1979. Dad was very, very lucky to have such a surgeon in a far-flung part of the world.

Giving it a go

Were it not for Dr Nanson’s willingness to “give it a go” I wouldn’t be here! My father would have died in 1947.  It took Dad 6 months to get out of hospital and another 6 months to rid himself of a colostomy bag. By which time he was way behind at school, so it was decided to try to catch up was pointless.

Instead, he managed to get probably the most interesting job in town. A telephone operator on a manual switchboard. There wasn’t any gossip in town young Reg couldn’t have listened in on!! My Dad didn’t let his lack of education get in the way. Instead, it appears he took on the advice of the German philosopher Martin Heidegger who argued the only way we can avoid being trapped in appeasing the world around us was to have a near-death experience.  We would then realise it doesn’t matter what people think of us.

Dad became renowned for being lucky! He would win raffles, he married the bosses daughter and eventually became the boss. (NOTE: He had to woo her, which Mum says wasn’t easy!! Get her to marry him, get her Dad to agree, then start work as a factory hand then 10 years later he became the boss).  Then when his father-in-law sold the business after a few years, he became the boss of that company. My Dad was so smart in the early 1970’s he taught himself to program the first computer his company-owned. He then created an estimating program for cladding houses. Brian Tracy once defined luck as a head-on collision between preparation and opportunity.  My Dad did a lot of preparation. So much for formal education in Dad’s case, it was learning on the job and persist, persist, persist!

Being a leader – what it takes

Nearly losing his life a such a young age gave Dad a love of life. He lived his life his way, making the calls as they came.  His was a life of service to others he was a part-time Pastor and served 45 years in Lions.  People followed Dad not because he was perfect, nor because he always got the big calls right but because he dared to be himself and to be vulnerable to others.  He cared about the people he was responsible for leading, and they never doubted that.

He earned their trust and was rewarded with results. Was he a saint? No way! Was he Reggie all day every day, YES and that is the decision we have to make.  Why wait for a near-death experience to start living YOUR life YOUR way. Dad was Authentic through and through. Not perfect, humanly flawed, he loved laughing at himself, he did his best to be who he was and be there for those who depended on him.  Live Like Reg!

If you would like to know more about authentic Leadership, check out our website at www.andreia.solutions and book a spot at our next demonstration.