Stop telling the troops what to do and save time! 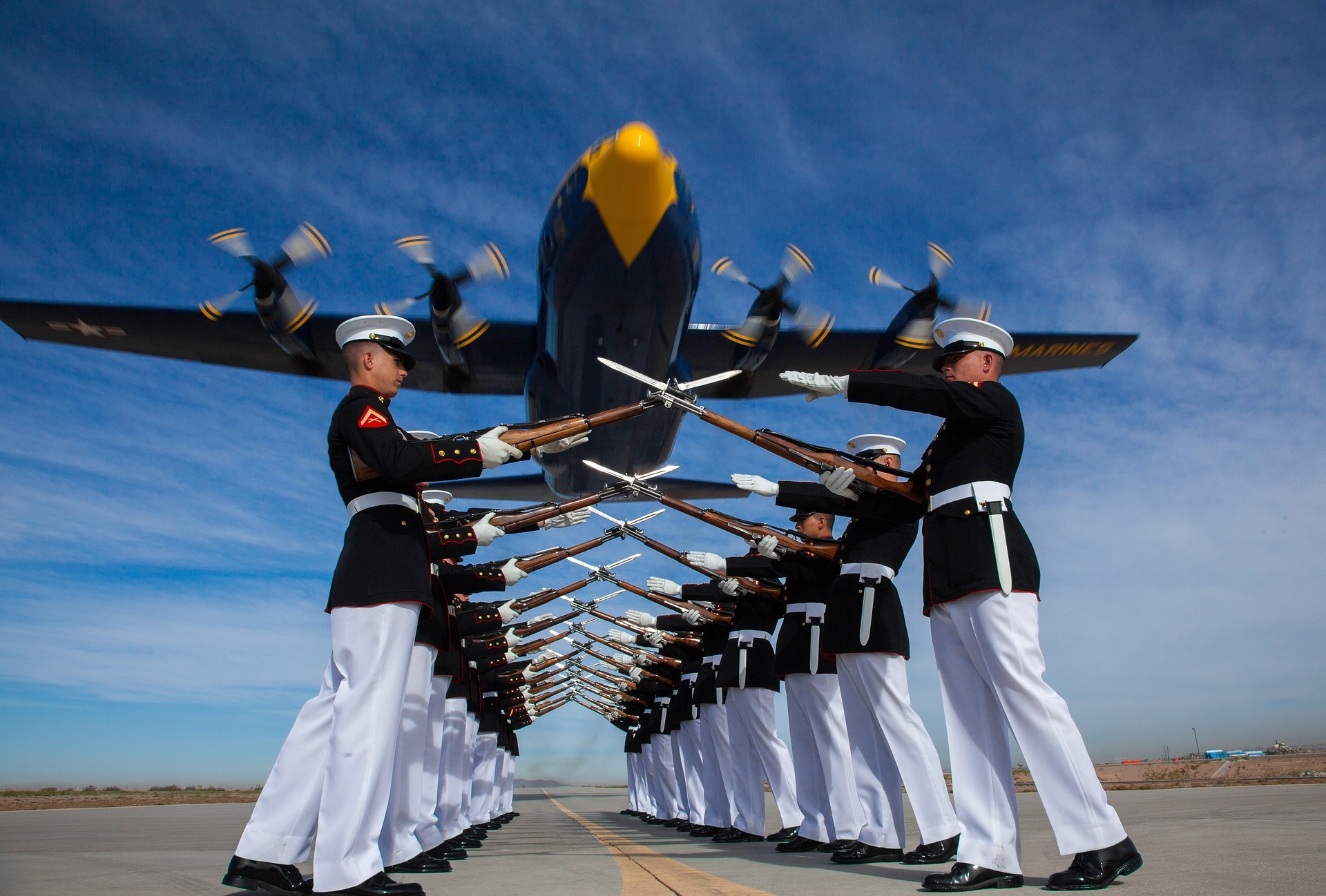 Empowerment through leadership, like quality, must be built into a business it can’t be superimposed on the process.  It must be present and part of each and every step. Unbelievably, every week I see or hear of leaders who still think their job is “telling” their troops what to do every! Those managers monitor their staff’s every movement. They demand workers do more in less time under the threat of reduced rewards. This passes for “leadership” when it doesn’t even qualify as management, and it is counterproductive.

To be a leader requires that you have followers. Let’s take a look at what it is to “follow”. The dictionary offers a few definitions of the word “follow”; the one I prefer is:

“Go or come after (a person or thing proceeding ahead); move or travel behind. Synonyms: come behind, come after, go behind, go after, walk behind, tread on the heels of, accompany, go along with, go around with, travel with, escort, attend, trail around with, tag along with, string along with. Antonyms: lead”.

However, an immovable population of “Leaders” insist on micro-managing their teams and by their actions define “follow” as:

“Act according to (an instruction or precept). Synonyms: act in accordance with, abide by, adhere to, stick to, keep to, comply with, conform to, obey, observe, heed, pay attention to, note, have regard to, mind, bear in mind, take to heart, be guided by, accept, yield to, defer to, respect.  Antonyms: flout”.

There’s a clue to the problem, as shown by the alternative Antonyms! Lead and Flout. Leadership by fiat (Joseph Stalin leadership) will inevitably result in followers who “flout” their instructions and skirt around regulations. Why? Well, staff are humans! Even though they may not be being treated as such.  They are NOT going to tell you when for whatever reason they are unable to fulfil your instructions for fear of the consequences. Very few Stalinist leaders have access to the means Stalin used to keep his troops in line, they’re illegal and exhausting.

Conversely, leadership by systems engineering (Systemic leadership) results in a highly motivated and engaged teams to who following their leader simply as part of the system. Why? Because again they are humans and humans will always prefer to take the safe, easy way. Systemic leadership is leadership by monitoring and tweaking, as necessary, an automated system. Predictable and stable, it is easy to “go along, trail around, walk behind” and a whole lot more pleasant than having to “Obey, Yield to or defer to”. Fortunately, the tools required to keep this team moving are legal and readily accessible; however, they do require a great deal more skill than the Stalinist method.

The late W.Edwards Deming, known as the Father of Quality, was and still is my favourite management Guru. Deming was an Engineer and Statistician who argued of all the decisions needing to be made in a company 95% could only be made by the CEO.  Of the remaining 5% of decisions, 95% of those could only be made by the CEO’s deputy and so on down the line. By the time you get to the frontline staff, even in the flattest of structures, the staff are virtually powerless to change anything about their work and the outcomes. UNLESS YOU EMPOWER THEM. Continually telling the troops what to do or whipping them harder will not increase productivity…certainly not in the long term.

In October 1987 Paul O’Neill gave his first speech as CEO of Alcoa, in it he made clear his number one priority would be the safety of Alcoa’s workers and he meant it.  In his book “The Power of Habit” Charles Duhigg recalls O’Neill’s actions post a fatal accident where a young man died attempting an unsafe fix on a machine he was operating. “We killed this man,” a grim-faced O’Neill told the plants executives “it’s a failure of my leadership. I caused his death. And its the failure of all of you in the chain of Command”

“We killed this man it’s a failure of my leadership.  I caused his death. And its the failure of all of you in the chain of Command” Paul O’Neill CEO Alcoa

O’Neill went about empowering his managers to empower the workers at Alcoa.  Employees were clearly told they shouldn’t be afraid to suggest proactive maintenance and undertaking unsafe repairs was completely forbidden.  He then went further and gave all of his employees his phone number telling them if they thought their line managers weren’t following up on safety issues to call him and he would make sure it happened.  Well, his phone did start ringing but interestingly most of the calls weren’t about safety. The calls were proactive suggestions on what could be improved.  Amongst which was a suggestion they reorganise the Sidings paint shop to improve the flexibility of production.  That suggestion alone doubled the profit on Alcoa’s Aluminium Sidings. Empowerment works!

Your frontline staff are your eyes and ears. They know what is happening with your customers, on the production line, out in the field…They KNOW! The question is, do you? Information is power, and educated or informed contributions are more valuable than robotically collected data.  It is then clear our followers, our staff our teams are the keys to our success. The art of leadership is found in the ability to engage followers in your vision. Leadership begins with a belief in yourself and progresses as others gain belief in you and your vision. In other words, followers only follow if they believe in the leader. Nothing engages followers like Empowerment and nothing disengages followers like Distrust.

Inauthentic leadership is a killer

Authenticity is First, among all of the qualities a leader MIGHT have. Inauthenticity is a relationship killer. Like it or lump it, every leader is in a relationship with their followers. If a follower perceives their boss as inauthentic they will not place their trust in them. The relationship will be purely transactional. At best the boss will get what they are paying for and no more. This situation will continue until either party finds a way out of the mediocracy. Conversely, if a follower perceives their boss is the real deal (authentic), there is an opportunity to build trust in the relationship, and that is the seed of Empowerment.

Everything can be measured

Deming assures us that everything is a system that can be statistically measured. Once measured the data gained can be utilised to identify whether an incidence of non-performance (customer complaint, poor service or substandard product) was systemic or exceptional. (Click here to learn more about Statistical Measurement). Your frontline staff can then be empowered to identify the root cause of non-performance and correct the problem without even asking you without causing further problems.

When you understand any business is a system and your team is part of that system the provision of data to the frontline staff makes sense and provides the seedbed for Empowerment. It is a matter of trust, and trust must first flow down the line to empower staff in the form of knowledge.  This way their native expertise (what they KNOW) can be harvested as informed feedback. Feedback they will only give IF they trust their leaders.  Trust begets trust.

Develop a culture of trust

We know Empowerment has sprouted its first leaves once feedback is received. Like all things that sprout, it will need to be nurtured with care and fertilized to grow stronger. There are many ways this can be achieved. However, the quickest way to encourage Empowerment is to acknowledge and act on the very first piece of feedback. Even if it costs you money. Your staff will see you are listening and that you value their input, which in turn will generate more feedback and that will lead to spectacular lifts in productivity and profits.

In my personal experience as a General Manager, I made the decision to change the label on Non-Conformance Reports to Quality Assurance Statements (QAS).  Renaming the reports took away the aspect of accusation or telling tales. I then went about exhorting my staff to double the number of QAS they filed.  Previous management had demanded they work day and night to reduce them.  The trick was I wanted the increased reports to be positive ideas that the company could act on that would further enhance the companies quality output, productivity and thus profit.

The very first idea came from a nightshift worker suggesting we should change the light switching in the cafeteria because as it was the entire room lit up on one switch whereas they only needed light over the kitchen area.  The cost of the re-wiring was more than the savings in power. It would take more than 5 years to get a payback but I made the change because the cost of not acting would have been to undermine the trust that worker had placed in me.

Because I listened and acted I nurtured Empowerment in my staff and the ideas kept coming, quality ceased to be an issue and productivity soared. The overall payback was amazing. Empowering the staff so as they trusted my leadership enable them to come to work to achieve their outcomes by achieving the company goals.  Profits soared exponentially moving from a $200,000 loss in the year I arrived to a $600,000 profit by the end of the next financial year with even better results the following years.  What is most gratifying is 5 years after I left the company staff still were asking me to come back.

What will kill Empowerment quickly is NOT acting on feedback; you will be perceived as being inauthentic and that is just as toxic is Stalinist leadership. Deaf leaders are Dictators who do not encourage Empowered teamwork.

Great business leadership is built on robust systems, and a series of agreements between colleagues covering the full 360 degrees of interactions within a business and all starts with YOU. You being YOU. Without that essential authenticity, you will be found out as an imitator.  Alternatively, you will become exhausted by the burden of being someone you are not and your colleagues will lose trust in you as they detect inconsistencies. Leadership is a conversation around systems and agreements which form the basis of Empowerment, and all of this is predicated on AUTHENTICITY.

For more information on how you can get clear on who you are as a leader click here to book a seat at our next webinar.