Gratitude can ease grief and have a hand in “letting go” 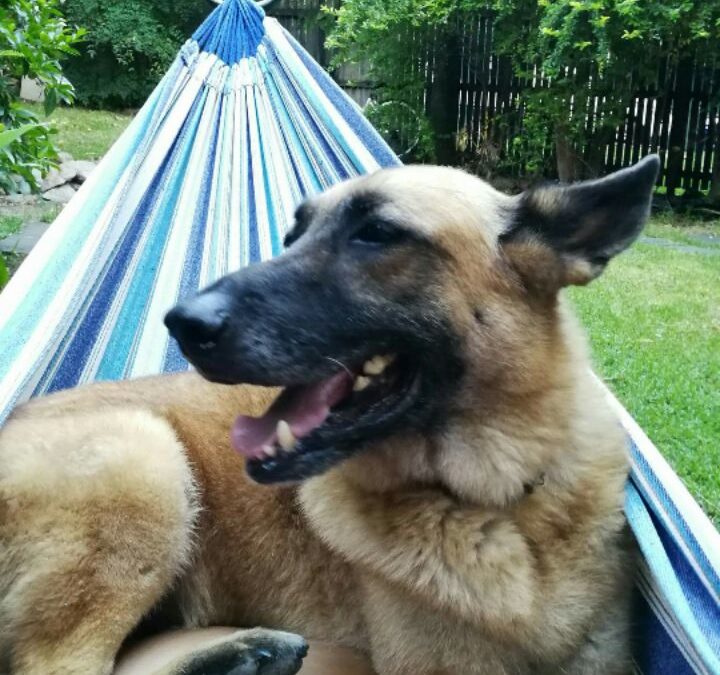 Gratitude in a new light

I recently was party to an extraordinary event; an ordinary event that will live for me as a defining moment.  I was one of the support people for a good friend whose dog was being euthanised. It certainly wasn’t top of my list for fun things to do on a Tuesday night… I wouldn’t blame you if you are thinking extraordinary and euthanasia don’t usually go together. Ordinarily, I would agree with you; ordinarily, they don’t! I learned a lot about life and death that day. These are the kind of lessons that you can’t get any other way other than to experience it. I am a fan of gratitude and I’m aware of the “magic” being grateful can have on me and those around me. By the end of the evening, I saw gratitude in a whole new light through a deeply humanising experience.  Let me explain.

The process of letting go

Murray was a beautiful Belgian Shepherd that my friend has rescued 10 years earlier. She had looked high and low for a one and found him at a shelter and fell instantly in love with him. I am not a fan of dogs, being more of a cat person myself and yet Murray managed to work his way into my heart too. He had a way of singling me out when I was around and coming over and sitting on my feet to win me over. He had succumbed to an aggressive form of bone cancer and being an old dog the humane thing to do was to let him go.  For starters, I figured that “letting him go” would take an hour, maybe a little longer. Boy, was I wrong! I had completely underestimated the process and I was about to learn a lot.

Just BE with the emotion of it

Firstly, Meghan made us all feel comfortable; especially Murray. He was no stranger to the West End Veterinary Practice, so he was not stressed being there, and yet he knew something was amiss. Meghan explained how he would have known very early in the piece that he was sick and that he was only really hanging on for his owner, Michelle. She explained how important it was for us to remain calm so that he could remain calm. Our ‘task’, for want of a better word, was to just BE with Murray while he passed. We would be the last thing he saw and what we felt he would feel. It is humbling to know you can have the profound an effect on another of God’s creatures, let alone a dear friend.

Windows to the soul

The eyes are the windows to the soul; you’ve probably heard that. We were told if you looked into his eyes at the moment of his passing, you would see him pass. That wasn’t for me to do. I was sitting in the background, supporting my friend and just being with the raw emotion of it all. Meghan let another pearl of wisdom slip. Most people will leave the room when someone is upset. In this instance, “someone” was either my friend or Murray. I long ago learned that when you cannot be with the emotion of someone else, you make it about you. This was not about me. This was about Michelle and her beloved Murray. To leave the room would have dishonoured them both.  And, it took something to stay; to be with the emotion, with the ebb and flow of it.

Dogs are highly empathetic animals and he would sense our stress if we allowed our focus to go there. We were also told of the procedure and how it was going to take up to an hour as the saline solution was passed into his bloodstream before the drug was administered to him. Murray had endeared himself to Meghan as well and so we listened to stories about how wonderful a dog he was and how much joy he had brought into all our lives as a result. So much time and so much care put into the process. Meanwhile, we were vacillating between laughing and crying. So many emotions and none of us sure which one was coming next. There was nothing to fix, nothing that could be done. All we could do was BE there.

Here is the gold in this. It would be easy, Meghan said, to have his death be the defining moment of his life. It would be easy to recall his last moments every time we thought of Murray. To do so, would dishonour his memory. She directed us instead to bring forward the feeling of gratitude and be grateful for the memories and the good times. The idea is a simple one: Every time we think of his death and how sad we were about it we had to remember three things to be grateful for and put our focus on those positive experiences. In this way, we honoured the memory and could be happy when we think of him.

Of course, this applies to everyone and everything. How often do we allow the negative to overshadow the positive? We are wired to notice the negative more than the positive. It is why the news is full of negative stuff.

It takes a deliberate and concerted effort to put our focus elsewhere and use our attention proactively and to honour our intentions. I learned a long time ago that it is difficult to be with someone else’s pain and when you can just BE with it, you don’t make it about you. It’s somehow easier to deal with. I can only hope that my passing is honoured with such reverence. Murray, you are missed. R.I.P.