The power of forgiveness and unity 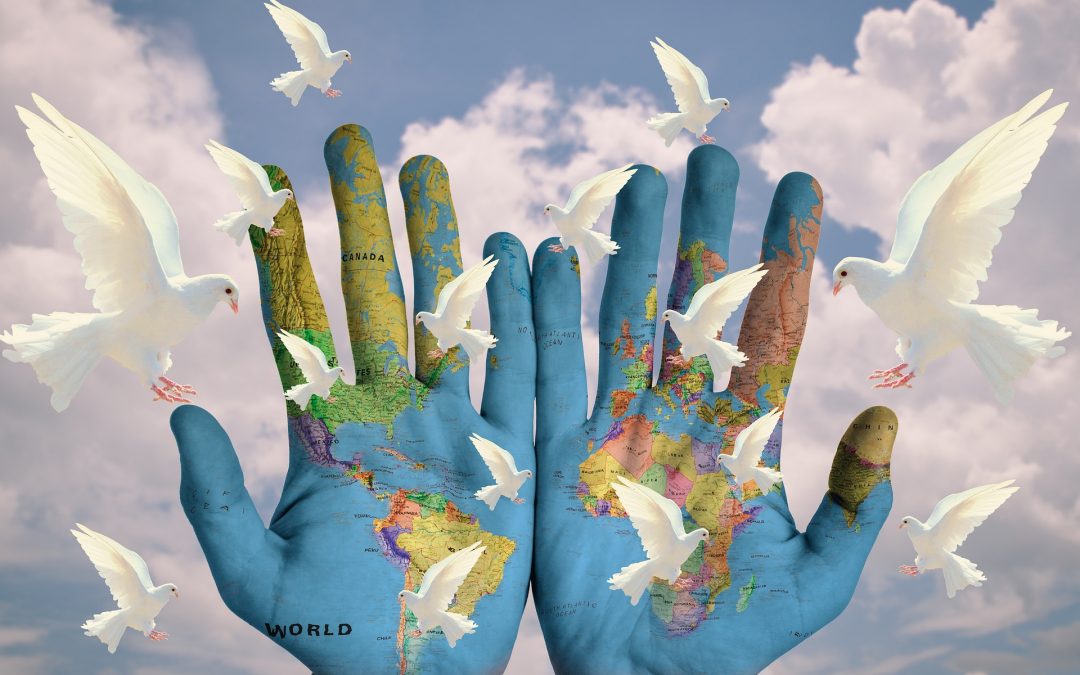 There is more information than ever available to us today; more than in any point in history. To the extent you and I have greater access to information in 24 hours than a human being would have had in their entire lifetime in the 1900s. It would be logical then that we are exposed to more points of view we would become more compassionate, more tolerant of one another. And yet, the world seems to be an angrier place. Forgiveness seems less common. Pain, more prevalent.

So you’d think it follows, access to multiple points of view should foster understanding and unity. Sadly, with algorithms the way they are, more and more we live inside echo chambers. These echo chambers serve to reinforce, not challenge, our existing points of view. To challenge our existing points of view, we would need to actively seek out other perspectives to deepen our understanding of a person, movement or subject. That takes openness and willingness to hear another’s point of view. It takes being interested and not threatened.

Seek first to understand, then to be understood.
Steven Covey

We need only look at the rise of populism and the increasing social and political divide. That is what is given ‘air-time’. So instead of forgiveness and unity, suspicion and disunity are what I see. This is the rise of the ‘other’ in politics and of ‘us and them’. Taken to extremes, this becomes radicalisation. We see this on both on the left and on the right of politics. And of course, we see it in religion as well.

The recent massacre in Christchurch NZ has shown us that terror can strike at any time. No one is immune from its grasp. Clearly, that was the intended message. The reaction of the Muslim community in Christchurch in contrast has been extraordinary. The reaction of one man, in particular, stands out as a lesson to us all. I am talking of Farid Amhed who lost his wife in the attack. He is a leader in the Al Noor Mosque in Christchurch and is confined to a wheelchair. He was separated from his wife at the time of the attack. Her only concern and final act of love was to first get the women and children out of danger and then return to ensure her husband’s safety. On her return to the Mosque, she was gunned down along with many others.

What would your response be?

Certainly, a fairly normal reaction would be anger. Farid lost his wife in the most brutal and senseless of ways. The gunman was immediatley apprehended and normally that is enough to become the focus of hate. Instead, Farid has reacted with love and forgiveness for the gunman. In contrast, he shows the assailant empathy and compassion when it would be easy to feel hate. Here is what he had to say about the gunman, when interviewed.

I love him to be honest… I think, probably he went through some trauma in his life. Probably, he was not loved. I do not hate him at all. Not at all. If someone does bad to you, make sure you do good to them.

For Farid, we are all part of one family; the family of humanity.  Therefore, it makes no sense for him to hate his ‘brother’. His response to an act of terror is an act of love and forgiveness.

Grounded in forgiveness and love

Farid is grounded in and guided by his profound faith. He believes in controlling his anger and pardoning his fellow man. He exemplifies mercy. This even extends to his wife’s killer. Farid understands the power of forgiveness. He does not want a heart full of fury, anger and rage. A heart full of hatred burns itself within and like a volcano, it burns its surroundings. Instinctively, Farid knows that if he allows it, hate will consume him and harden his heart. Holding onto hate would only cause further harm to himself. This is the true power of forgiveness; it is the gift you give yourself. In doing so, Farid has set himself free. He has his grief, I’m sure. Finally, he chooses not to burden himself further and chooses to love rather than hate.